How Long Before You Need to Sleep?

Getting a good night’s rest is essential to the way we function. It impacts every aspect of our lives. It has an impact on the kind of parent we are, how much patience we have with our friends, how well we do our job, and so much more.

So, why is it so difficult to get a good night’s rest? Probably because there are so many distractions these days, not to mention all of the stress from our daily lives. If you’ve had a tough time falling asleep, you might even be wondering, “How long can you live without sleep?”

How Long Can a Person Go Without Sleep?

How long can you go without sleep? It depends. Some of us have tested this concept at some point in our lives. It’s widely known that college students tend to lose a lot of sleep cramming for big exams or because they’re exploring their new freedom and social life without limits.

Overall, a person can go about three or four nights without sleep before they begin experiencing the troublesome symptoms associated with sleep loss. These symptoms can include hallucinations and irritability. However, your body can actually go quite a long time before it begins exhibiting any limiting behaviors. The longest a person has ever stayed awake is 11 days and 25 minutes.

Believe it or not, that’s not the craziest thing someone has ever done, though. Other bizarre world records include:

How Long Can You Survive Without Sleep?

You may have wondered at some point in your life, “Can you die from not sleeping?” Well, medical professionals say that dying of sleep deprivation can happen. However, because it’s so rare, there are no real statistics to back it up. Surprisingly, long bouts of sleep deprivation are known to have little impact on a person’s physical health. In fact, this was demonstrated with Randy Gardner, the person to stay awake the longest on record.

On the tenth day of being sleep deprived, Gardner was actually able to beat the person researching him, at a game of pinball. He even gave a press conference on the eleventh day and spoke to the press without slurring his words. This doesn’t mean there haven’t been any deaths associated with lack of sleep.

In 2012, a man in China died after staying awake for 11 days. Apparently, the 26-year-old man was completely healthy before he decided to try to watch every single game in the European Championship. The fact that he drank and smoked during his excursion certainly could have contributed to his untimely death.

The Consequences of Sleep Deprivation

Just because the person that stayed awake the longest was able to function properly in certain areas doesn’t mean that his lack of sleep went without consequences. Several reported health issues occurred as a side effect of sleep deprivation.

How long can someone go without sleep? We know they can go at least 11 days. Here are some of the consequences of doing so: 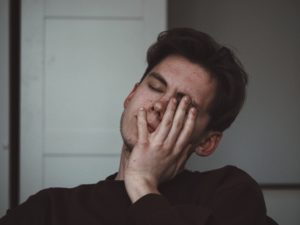 How long can you go without sleep before hallucinating? Scientists have been studying this for decades. What they’ve discovered is that you can go for about three or four days before you begin to hallucinate. We know if you don’t sleep, you can end up seeing things that aren’t there. What many of us don’t know is why.

There are several reasons why we hallucinate. The simple version is that a lack of sleep interrupts our ability to visually process. This results in illusions, hallucinations, or false perception. Our brain just isn’t sending the right signals to our eyes, and vice versa.

How long can you go without sleep before you die? Now that you know the answer to that, it’s time to develop some healthy ways to deal with sleep deprivation. If you’re struggling to get enough sleep, then trying one or more of the following just might do the trick.

Is It Just Humans That Are Impacted By Lack of Sleep? 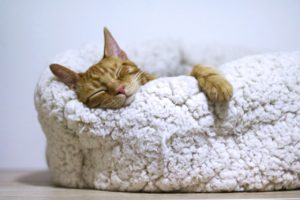 You might have wondered, “How long can a human go without sleep?” But, what about a dog or a cat? Studies show that all living creatures need sleep. Some need more, some need less, but all need at least some. Sleep seems to be a universal activity that all species have in common. Except maybe the following:

Knowing the answer to, “How many days can you go without sleep?”,  you should have a better understanding of your body’s relationship with sleep. It’s a complicated dance, but there’s no question it’s one we need to learn the steps to. Sleep is the key to a life of abundance.