The teenage years are a crucial developmental period. The body and the brain experience vital development, and the transformation to adulthood brings significant changes that influence emotions, personality, social life, and academics.

Adequate sleep is imperative during this period, allowing teenagers to perform and be at their best. Unfortunately, studies indicate that many teenagers don’t get anywhere near enough the amount of sleep they need.

Both the National Sleep Foundation and the American Academy of Sleep Medicine acknowledge that teens need between 8 and 10 hours of sleep per night. Getting the recommended amount of sleep can help teenagers manage their physical health, emotional balance, and academic performance.

Teenagers in today’s society face many challenges to getting steady, restorative sleep. Identifying these challenges will help teens and their parents better plan for their teens to get more sleep.

Why Is Sleep Important for Teens? 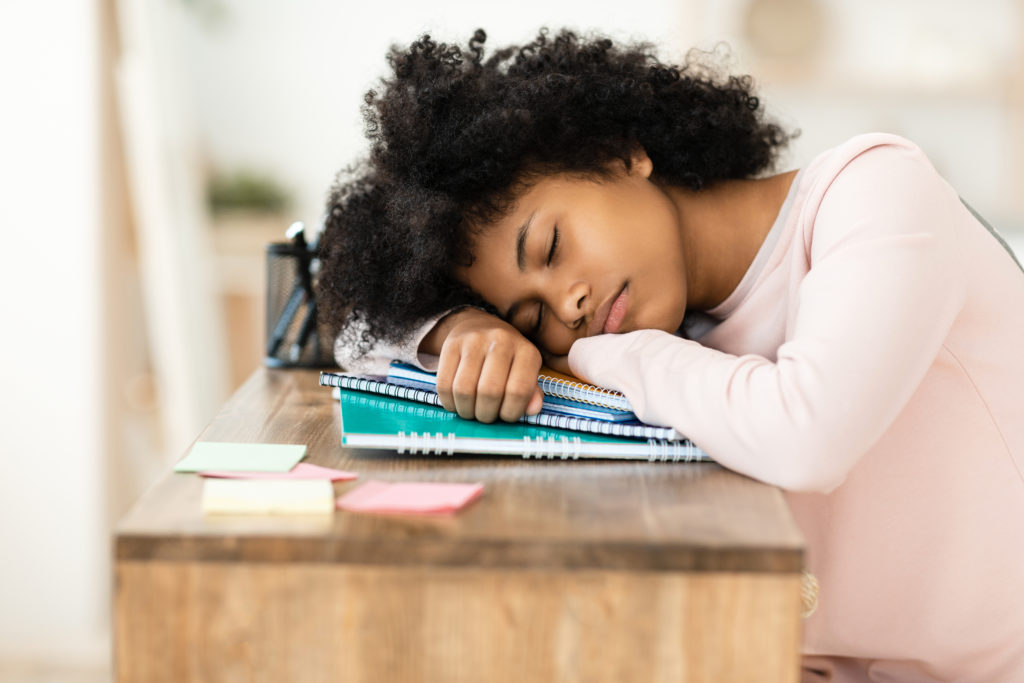 Sleep is critical to people of all ages. For teenagers, however, deep mental, physical, social, and emotional growth requires quality sleep.

It’s no secret that sleep benefits the brain and improves memory, attention, and analytical thinking. It makes one’s thinking sharper, identifying the most critical information to strengthen learning. Sleep also promotes expansive thinking that can drive creativity. Whether it’s reading for a test, learning to play an instrument, or obtaining new job skills, sleep is essential for teens.

Given the significance of adequate sleep for brain function, it’s easy to see why teens who don’t get enough sleep tend to experience excessive drowsiness and shortness of attentiveness that can hurt their academic performance.

Getting enough sleep contributes to the effective functioning of virtually every system of the body. It enhances the immune system, supports optimal regulation of hormones, and promotes muscle and tissue recovery.

Most physical growth happens during the teenage years, and a lack of sleep can negatively affect this period. For example, researchers have discovered that teenagers who fail to get adequate sleep have a troubling metabolic profile that may put them at higher risk of contracting diabetes and long-term heart problems.

Sleep loss can impair the frontal lobe’s maturation, a part of the brain critical to regulating impulsive reactions. Unsurprisingly, many studies have discovered that teenagers who don’t get enough sleep are more likely to engage in high-risk behaviors, such as smoking, drinking, risky sexual behavior, and fighting. 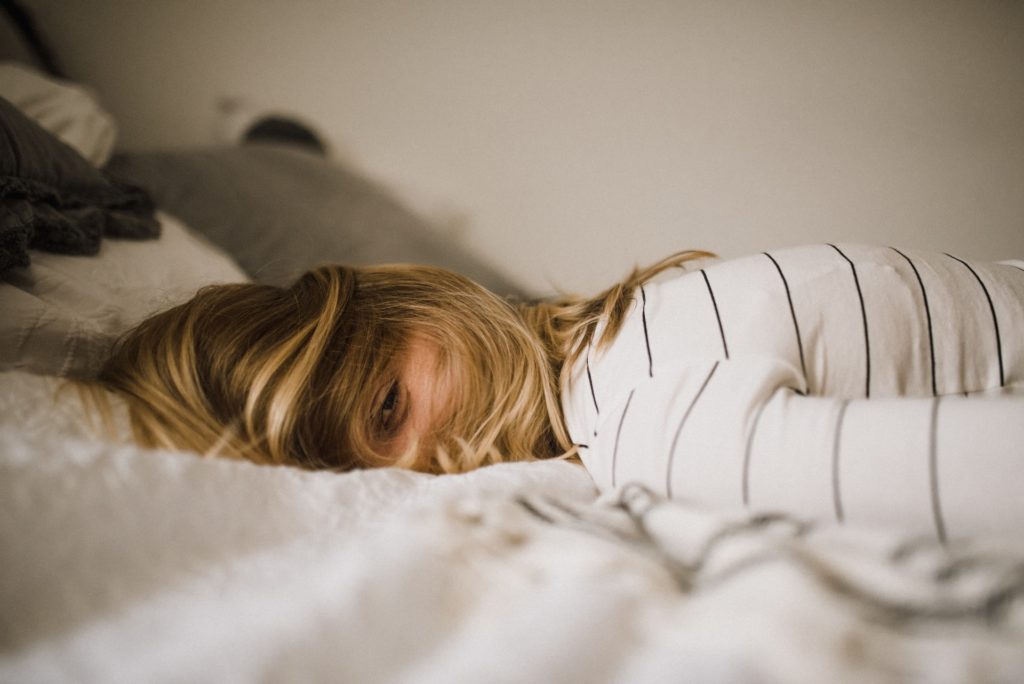 Why Is It Difficult for Teens to Get Enough Sleep?

There is no one reason for sleep deprivation among teens. Many factors contribute to this dilemma, and these factors may vary from one teenager to another.

Adolescents have a strong tendency to be “night owls,” staying up late at night and sleeping longer into the day. Experts believe this is a two-fold natural impulse influencing the circadian rhythm and sleep-wake cycle of teenagers.

First, teens have a sleep drive that grows more slowly, meaning they don’t start to feel sleepy until later into the night. Second, the body tends to wait longer to generate melatonin, which is the hormone that helps induce sleep. Because of this delay in their sleep-wake cycle, many teens aren’t able to fall asleep early enough to get the recommended hours of sleep and still wake up before 8 to be at school on time.

Teens often have responsibilities too. School duties, work commitments, household tasks, social life, community projects, and sports are just some of the things that require their time and attention.

With so much to do each day, many teens don’t designate enough time to sleep. They are prone to staying up late during weeknights to catch up on homework or during the weekend when chilling out with friends, both of which can strengthen their night owl schedule.

Electronic devices such as cell phones, tablets, gaming systems are prevalent among teens, and research, such as the 2014 Sleep in America Poll, finds that 89% or more teenagers have at least one device in their bedroom at night. Screen time late into the night can contribute to sleeping issues.

Constant use of these devices can keep teens’ brains wired, and incoming alerts late into the night can cause disrupted sleep. Evidence also shows suppressed melatonin production from exposure to the glare from cell electronic devices.

Some teenagers don’t get enough sleep because of an underlying sleep disorder. Adolescents can be affected by obstructive sleep apnea (OSA), which induces repeated lapses in breathing during sleep. OSA often causes fragmented sleep and extreme daytime drowsiness.

Others can have sleep disorders like Restless Leg Syndrome (RLS), which involves a powerful urge to move the arms and legs when lying down, and narcolepsy, a disorder impairing the sleep-wake cycle.

Mental health conditions, such as anxiety and depression, can suppress quality sleep in teens. Inadequate sleep can contribute to these mental states and create a bidirectional connection that can worsen both sleep and emotional dispositions.

How to Help Your Teen Get Enough Sleep